i was out in san francisco for a work trip last week and i decided to extend my visit since my younger sister recently moved out to berkeley to pursue her master's degree. once work wrapped up and before heading out to see my sister, a friend and i went to mr. holmes bakehouse. conveniently located right around the corner from our hotel we were up early because of the time change and were able to walk right in to get some pastries. after purchasing our treats we learned that the famous chuffin the shop is known for doesn't come out until 9 a.m. since i had nowhere to be i agreed to wait in line while my friend went to do some sight seeing. 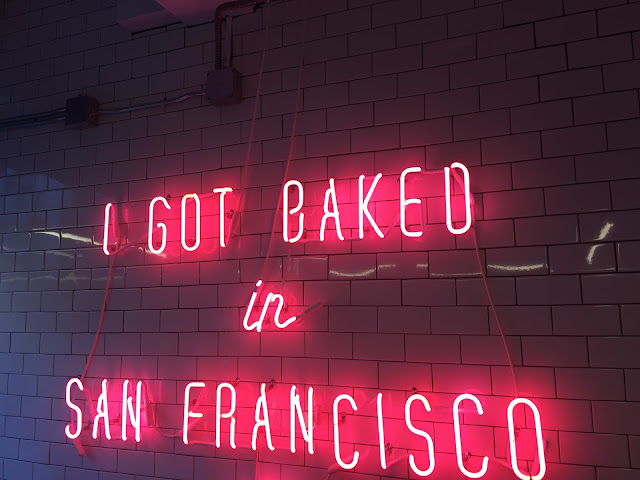 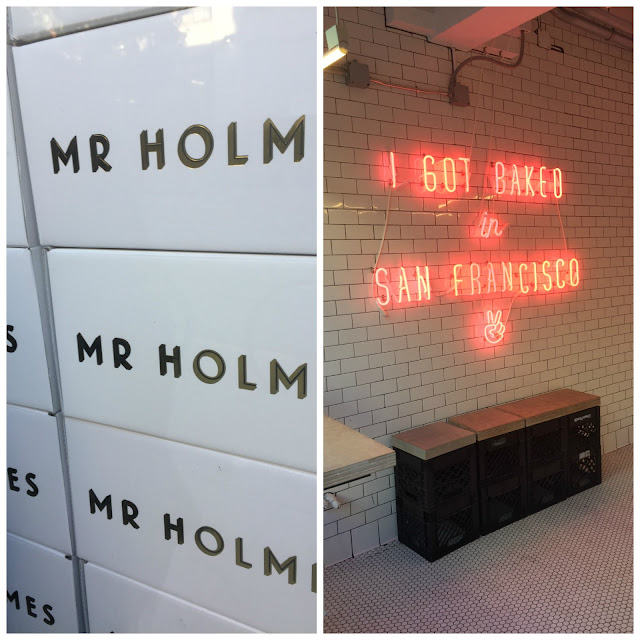 my pre-cruffin treats consisted of a churro croissant, which is a croissant filled with dulce de leche, and a choux bomb, which is essentially a cream puff with coffee filling. my friend tried the pecan pie donut and one of the savory breakfast pastries - both of which she loved! 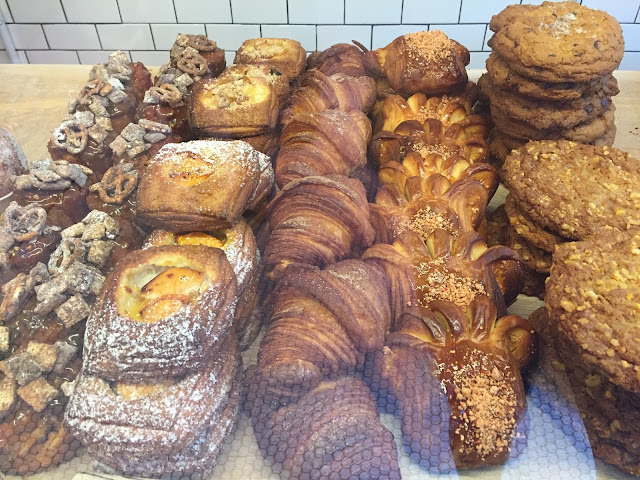 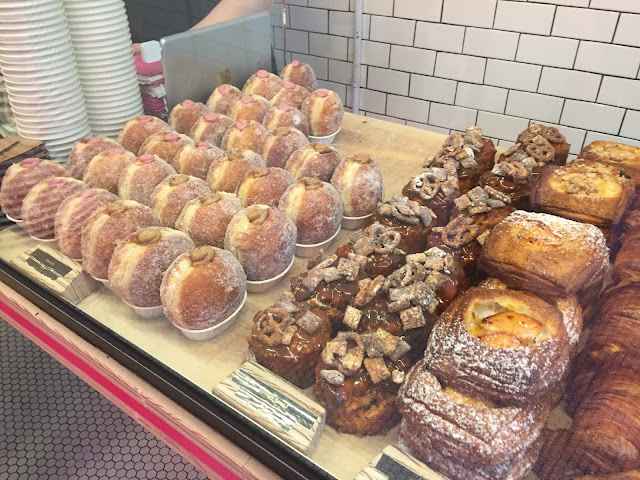 when it was finally time to get the cruffins it was neat because eater was there doing a piece on this famous dessert. they brought out the pastry chef for some photos so it was fun to watch all that unfold as i was checking out. the bakehouse only has one flavor of cruffin per day so i bought two (that's the limit per customer) of the apple cardamom. 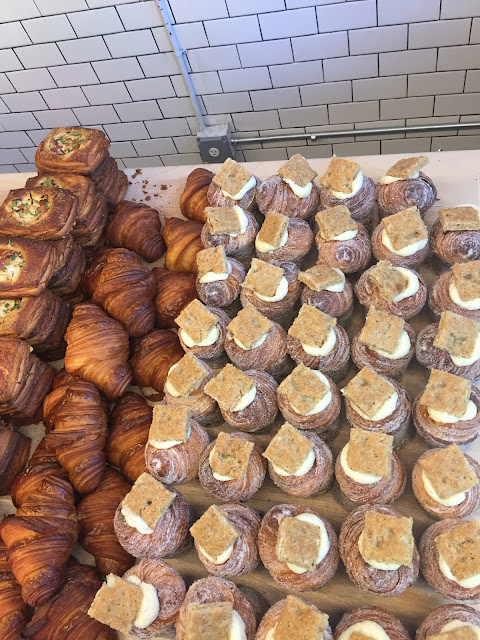 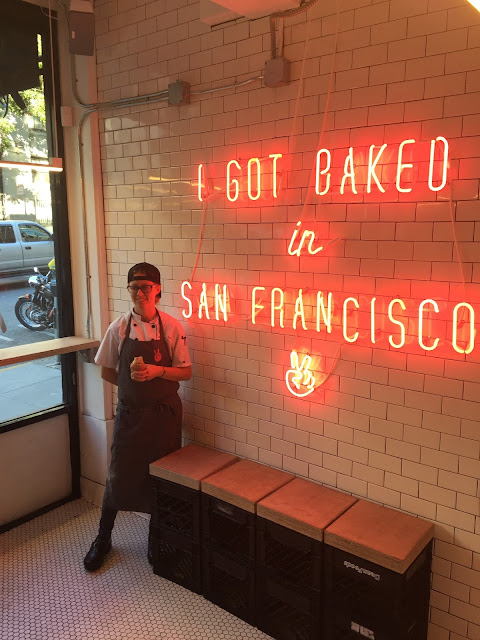 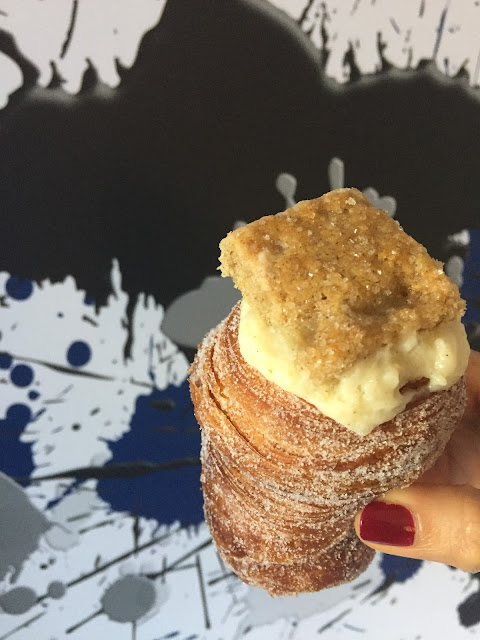 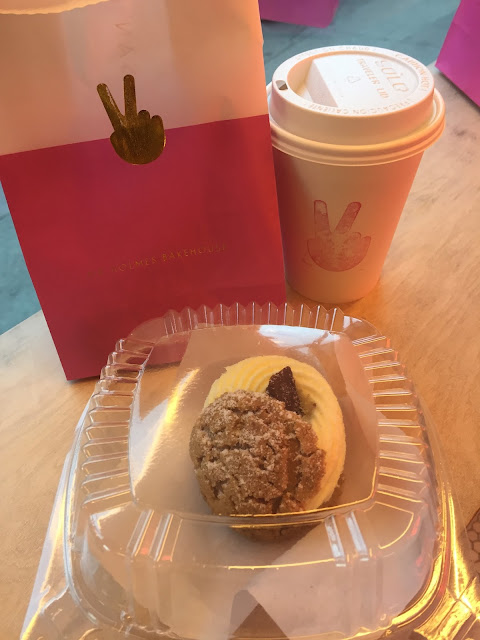 over the course of the day we shared the treats and the best, hands down, was the croissant. i don't think i've ever had a better croissant (outside of paris) and that's saying a lot because they have become one of my favorite desserts over the past few
years. the choux bomb was also good but pretty similar to a cream puff. surprisingly, only one of us really enjoyed the cruffin. the pastry shell was tasty, however, the filling was really strange.

i'm definitely glad i went and didn't mind waiting in line since it was a beautiful day and i had nowhere to be (a rare thing these days!), however, if i went back i would skip the line and enjoy the other awesome treats this place serves! 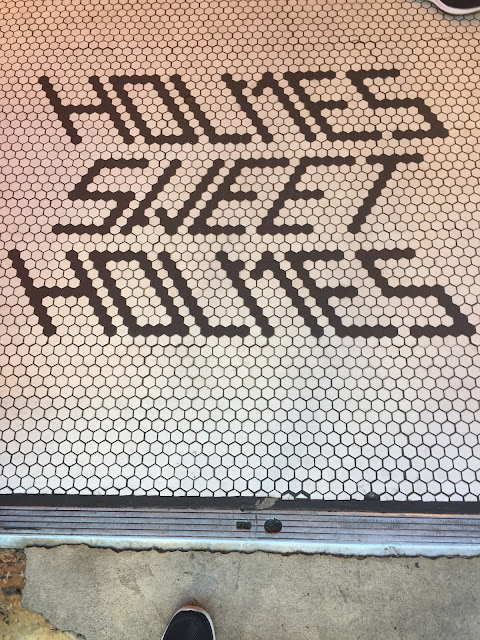